At the College of Rehabilitation Sciences, we believe we’re stronger together. That means working with communities and colleagues across the faculty and around the world to imagine, explore and refine new ways to help clients and patients live longer, healthier lives.

Kiga mamo anokimin onji minoayawin – “We will work together for health and wellness” –  is a unique partnership between the College of Rehabilitation Sciences and First Nations communities in Manitoba. The goal of this collaboration is to bring the services of the college to the community, based on their self-identified needs and priorities. In some cases, it also develops experiential and online learning opportunities for Grade 6-12 students interested in learning more about therapy programs as a potential career.

Visit the links below to learn more about our partner communities.

The Bloodvein First Nation is located north of Winnipeg on the east side of Lake Winnipeg, along the Bloodvein River in Manitoba, Canada. This area is part of Pimachiowin Aki, one of the largest intact regions of boreal forest in the world. In 2018, UNESCO declared this culturally and naturally gifted community a World Heritage site.

The community offers various commercial and business services such as a health center, water treatment plant, daycare program and Child and Family Services.

The community is constantly planning initiatives for the growth and development of its children, such as being part of Teach for Canada, and adult education program.

There is higher level of community participation in various community activities. The community’s traditional knowledge guides its vision for economic development and self-sustenance, which includes taking care of its habitat, wildlife, and people.

The College of Rehabilitation Sciences is working with the community on initiatives relating to living well with dementia, wellness and frailty, and housing.

Lake Manitoba First Nation (Animo-ziibiing) is primarily a wetland reserve, located on the northeast shore of the south basin of Lake Manitoba. This community is working together with five other Manitoba Interlake communities under the Interlake Reserves Tribal Council (IRTC).

The community is warm and friendly, with strong beliefs in the holistic development of its members. The members encourage each other to create a safe, diverse environment that reflects the culture of the community. It offers various services for its people such as hospitals, grocery stores and gas stations.

The community is also committed to provide comprehensive education to its children and has undertaken few training programs that help the youth to develop the skills and tools required to create a pathway into better careers.

The College of Rehabilitation Sciences worked with the community to build Zaagate Garden, a playground that is culturally appropriate, safe, interactive, sustainable and accessible year round by children who have accessibility challenges.

“The design is modelled after the four directions of the medicine wheel,” says Debra Beach Ducharme, director of Indigenous health integration for Ongomiizwin, the Rady Faculty’s Indigenous Institute of Health and Healing. “The decking around the arbour will be safe for children in wheelchairs, and they will access children’s activities in each of the four directions.”

The community has also benefitted from being a community placement site for occupational and physical therapy students.

Kinosao-Sipi (Norway House Cree Nation) is located to the north of Winnipeg along the channels of Nelson River. The terrain is mostly small creeks, rivers, streams and islands.

Historically, it was a major trading port for the Hudson Bay Company and was an important fur trade post in 18th and 19th centuries.

Today, Norway House is a thriving community that is undergoing great transformations. The members are engaged in commercial and subsistence fishing. Other industries that have developed over years are freighting, trapping and boat building.

The community is self-reliant in offering a host of services to its members such as fire and rescue, police, recreational, and medical services.

The community has seen a lot of infrastructure and community development since 1990s.

The College of Rehabilitation Sciences has worked with the community to create a forum for suicide prevention, securing funding and services to meet the population’s need for assistive devices and home modifications.

Pinaymootang First Nation is a picturesque community located off Highway 6, north of Winnipeg. It is signatory to Treaty 2, signed on August 21, 1871 and the native language is Ojibway.

The members are proud of their rich and diverse culture as well as their spiritual life. They stand together in their beliefs and find strength within their families. The community members support one another to help form a deep kinship.

The community has a long-standing belief in passing knowledge and traditions from one generation to another. With roughly half the on-reserve population being aged 20 or under, sharing cultural knowledge with their youth is all the more important.

A similar kind of collaborative relationship is between the community and various stakeholders in School, Health, Social and Child & Family Services.

A major step set up by the community is to take care of their young children, especially children with complex needs. They have a strong sense of social responsibility towards their youngest members, and adhere to the philosophy that it takes a community to raise a child.

The Pinaymootang Health Centre is an accredited facility and is responsible for helping the people maintain and improve their health to ensure longevity, healthy lifestyle and the effective use of the public health-care system.

Pinaymootang Health Centre runs a support program for children with complex needs and their families under the Jordan’s Principle initiative titled Niinijaanis Nide, My Child My Heart Program.

The community lacked programming specifically for adult care with similar complex needs. However, occupational therapy students from the College of Rehabilitation Sciences have worked with this underserved group in the community, successfully implementing a youth transition program.

The community has also benefited from being a community placement site for occupational and physical therapy students.

Sagkeeng First Nation is located in the southern part of Lake Winnipeg. Its name means “mouth of the river.” Historically, the community was called Fort Alexander.

The following seven teachings are the foundation of the Sagkeeng community’s mission and vision:

There exists a strong feeling of collaboration and collective participation among the community.

Most of the successful initiatives in the community are on community planning. The community also holds Annual Treaty Day which community parade along with various enthralling events for children, community events as well as pow wow and fireworks.

The community offers its members a host of services such as child and family services, education, health center, housing, personal care home and social services.

The community, along with its leaders, believe in improving the quality of life and that it is the responsibility of each member to help in the evolution of the community.

The effective administration system ensures that each member benefits from the community’s progress. The Economic Development Office looks after securing economic opportunities for the members and works for community’s long-term economic prosperity.

Under the education initiatives, the community is taking constructive steps to include science and technology, skills development, language and culture in its school system.

It underlines an important goal for the community to support their children during their transition period from school to job market.

The Comprehensive Community Plan focuses on significant areas such as finance, human resources, and service delivery, and strategizes to deliver high quality services to the members.

The College of Rehabilitation Sciences is also working with the community on initiatives relating to living well with dementia and housing.

The College was successful in partnering with other faculties at the UM to support the development of proposal for transitional Housing for persons with disabilities in Sagkeeng.

The community is also benefitting from being a community site for occupational students completing a major project to develop a pilot for programming for people with disabilities in the community.

The college is working with Opaskwayak Cree Nation to develop a living well with dementia project.

The college is working with Lake St. Martin First Nation to develop a housing project.

At the College of Rehabilitation Sciences, we’re committed to collaboration and exchange with forwarding-thinking partners around the globe. Explore the stories below to learn more about activities that take our faculty abroad and bring the world to UM classrooms.

A new collaboration between the University of Manitoba and SDM University in Dharwad, India is using computer games to enhance rehabilitation for children with Cerebral Palsy (CP) and acquired brain injuries in both Canada and India.

On April 3, students, staff and faculty at both the Fort Garry and Bannatyne campuses had an opportunity to hear from a leading researcher on suicide and suicide prevention among arctic Russia’s Indigenous people.

A new partnership between the University of Manitoba and the Amsterdam University of Applied Sciences (AUAS) looks to advance both institutions in the areas of rehabilitation sciences research and digital health. 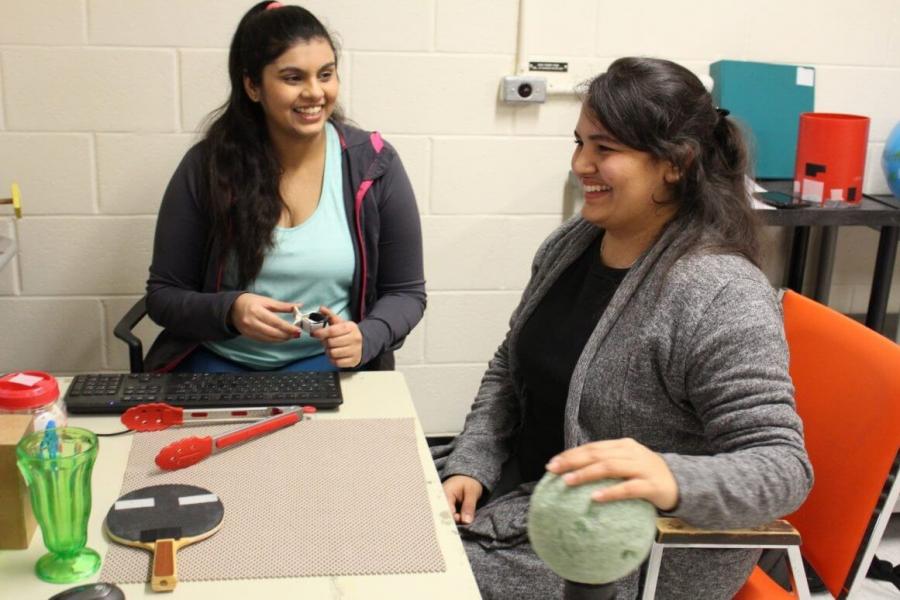 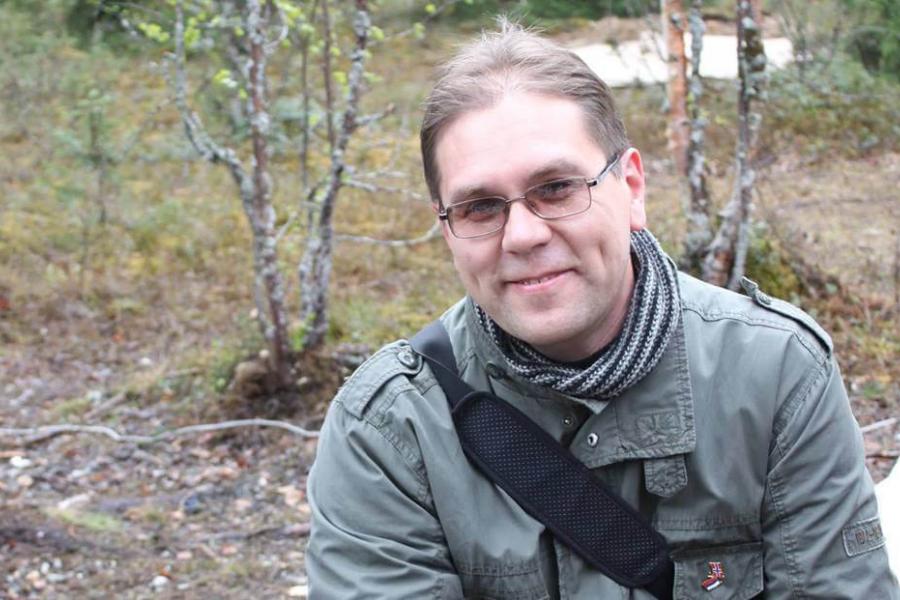 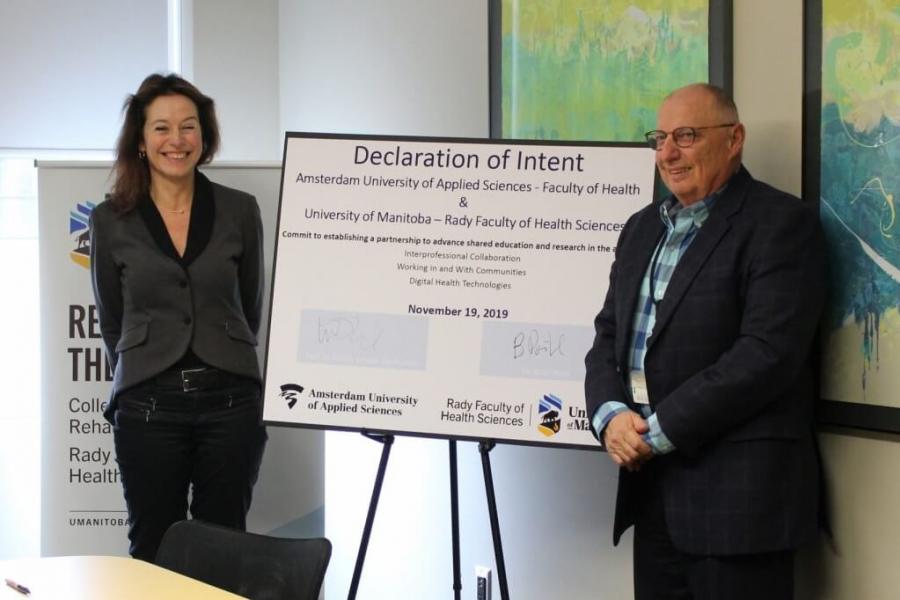 The College of Rehabilitation Sciences is a member of the World Rehabilitation Alliance (WRA), a global network of stakeholders hosted by the World Health Organization. WRA’s mission is to support the implementation of the Rehabilitation 2030 Initiative through advocacy activities.

Strong links with the community are critical in providing quality programming. There are many ways to collaborate with the College of Rehabilitation Sciences, including clinical, fieldwork and preceptor opportunities.

UM Café is an online networking and mentoring platform powered by Ten Thousand Coffees. UM Café introduces students, alumni and industry partners to one another. They can then share a virtual cup of coffee and exchange knowledge and advice. Learn more by reading our story in UM Today.

Alumni from the College of Rehabilitation Sciences go on to make a difference in a wide variety of settings and careers. Tell us where your degree has taken you! Send an email to radymarketing@umanitoba.ca and you may be featured in the college's e-newsletter or in one of our magazines!

Class gifts have a significant impact on our ability to provide outstanding educational programs, support our students and produce leading-edge research that will benefit us all. We are grateful to the classes in the College of Pharmacy that have joined together to make a significant contribution to the university.

If you would like to make a gift, or just learn more about becoming a donor, please visit our donor relations page.

The fund now sits at $500,000, thanks to student contributions, donations and accrued interest. Each year, half of the interest earnings are distributed to student bursaries and half to the Endowment Fund Project Competition.

The College of Rehabilitation Sciences Endowment fund is available for faculty, staff, students and alumni interested in furthering the college’s mission through innovative projects and initiatives.

Students, faculty members, support staff and alumni are all eligible to apply for funds. Examples of successful projects include research, enhancement of facilities, staff development or new teaching methods. Any initiative that enhances the College of Rehabilitation Sciences will be considered.

The College of Rehabilitation Sciences is committed to upholding the highest standards of practice, both in our community and across Canada. Follow the links below for information and resources from the associations that guide our profession.