Home
Emergency Response Plan
The University has a designated emergency response team of faculty and staff to facilitate calm, quick and effective responses during emergency situations. While it is impossible to predict the type and scope of an emergency, we are constantly evolving our procedures to guide our responses during various types of emergencies. 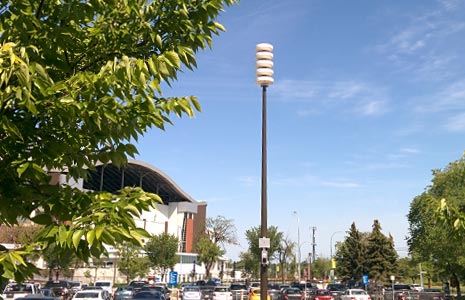 The Security Services Department plays a vital role in the University's Emergency Response Plan. Guards are often the first on scene at an emergency and, as such, are responsible for important roles as scene containment and keeping the Dispatch updated with critical information.  The University of Manitoba has developed an Emergency Response Core Group, which is comprised of staff from Environmental Health and Safety, Security Services, Physical Plant, Office of Risk Management, Public Affairs, IST and Student Affairs. This group has been organized to deal with communication and first response issues. An Emergency Manager is identified at all times and the position is rotated between managers at EHS, Security Services, Physical Plant and Information Services Technology (IST).

The Emergency Response Plan has several objectives. A large focus of the plan is outlining the role administration will play in managing the emergency itself. As well, the Plan addresses campus wide issues to ensure the entire community is equipped to respond.   Emergencies on campus are divided into 3 categories: Tier 1, Tier 2, and Tier 3; each requiring its own response and level of intervention.