Home
About Mamawipawin
Mamawipawin or the Indigenous Governance and Community Based Research Space was established in 2011 through funding from the Canadian Foundation for Innovation (CFI), the Manitoba Research and Innovation Fund (MRIF), the University of Manitoba and support from Apple. Although created as a research lab, there is nothing lab-like about Mamawipawin.  Located on the fourth floor of the Isbister Building, the space consists of three elements: a circular, multi-functional community research space; a connected research and training room and a portable lab (including mobile equipment for use in the community). The focal point of Mamawipawin is a community research space which reflects and respects Indigenous peoples, and their cultural, political and intellectual traditions in both its design and functionality.  As such, Mamawipawin reflects critical Indigenous teachings about community, individuality, research and life which allows knowledge to be shared and partnerships to develop in a manner that respects Indigenous protocols and ceremonies.

Mamawipawin was created to support Dr. Kiera L. Ladner’s innovative research program. Dr. Ladner’s research is grounded in Indigenous intellectual and political traditions and uses this foundation to frame research (methodologically) and to theorize (or re-theorize) Indigenous governance and politics from the vantage of the community. It seeks to Indigenize political science and the academy rather than perpetuating intellectual colonization and appropriation.

For Dr. Ladner, Mamawipawin is about actively engaging processes of decolonization while following the path set forth by Vine Deloria Jr. in 1969 thereby acknowledging the necessity of word warriors which defend sovereignty and decolonization within the academy and create/protect community spaces. With Mamawipawin, researchers, students, and community members can do more than just ‘play with big words’; together they can take up the responsibility for searching out solutions to real problems.

Mamawipawin is the first research space of its kind in Canada, and perhaps globally. It is unique in its construction which is based on the need to architecturally reflect Indigenous cultures, spirituality and intellectual traditions. Mamawipawin offers an opportunity to bring Elders, community members and Indigenous peoples from all nations into a culturally relevant space to work together with researchers (both students and staff) at the University of Manitoba.

Since opening in 2011, Mamawipawin has played host to an international research dialogue with Maori scholars from the Victoria University of Wellington, New Zealand.Mamawipawin is also home to Masters and PhD students furthering their studies in areas connected to Indigenous Politics and Governance. 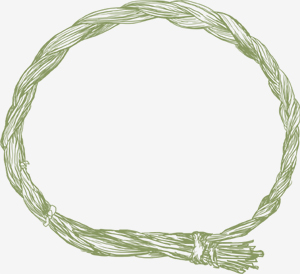 Mamawipawin (Cree term for “gathering space”) has been described by students and community members as ‘a space where people can make transformative change’. It is a physical, technological and intellectual space which will enable discussions of, and potentially the realization of, resurgence, resistance and transformation in Indigenous politics.  Mamawipawin promotes new thinking about research and methodology; it promotes finding new ways of doing research with Indigenous peoples. Simply put, Mamawipawin is a space in which transformation is supported through research, partnerships and dialogues at the University, locally, nationally and internationally.