Dr. Steggles is a researcher, curator, and maker of ceramics. Her research is interdisciplinary crossing the boundaries of contemporary ceramic history, the marginalization of women within the practice of wood firing, and locating ceramic practice within current environmental concerns. For two years, she has studied the use of colour in wood-fired ceramics, a project that was supported by a University of Manitoba Creative Works Grant and the SOA Curriculum Development Fund. She was an Interdisciplinary Artist in Residence at Hospitalfield House, Arbroath, Scotland where she explored the theme of transience alongside locating ceramics within current environmental concerns. This research and her studio work at Hospitalfield House will form a chapter for Amanda White and Elysia French’s book, Making (Eco) Logical.

Her study on the impact of the Vietnam War Resisters on Canadian ceramic history. This research, supported by a Canada Council Jean A Chalmers Craft Grant in 2016, was presented at Canada 150: Untold Stories at University College Dublin, Ireland (2017) the First Craft Biennale in Canada at the Art Gallery of Burlington and OCADU (2017), and The Transnational Conference at the University of Szeged (2017). This research is included in book and journal chapters such as 'Transnationalism and Resistance: The Border at the 49th parallel, the Vietnam era Resister, then and now' by the University of Szeged, Hungary (2019); 'Vietnam Resisters and their Contributions to Canadian Ceramic History' in The Other Side of 150: Untold Stories and Critical Approaches to Canadian History, Literature and Identity, Wilfred Laurier University (2019); 'Just Across the Border - Opportunity', Studio Potter (2018).

The exploration of the Vietnam era resisters and their impact on Canadian ceramic history overlaps with Dr. Steggles ongoing study of the history of wood-fueled kilns in Canada as well as her interest in the marginalization of women and ceramics within the broader rubric of fine arts. Her examination of the German ceramic designer, Hedwig Bollhagen, and the challenges she faced during the interwar years in Germany was delivered at Creative Women at the end of the First World War: Endings and New Beginnings, an international conference on women artists, at the University of Guelph in 2018.

Dr. Steggles is a regular contributor to Toplerblatt, Neue Keramik, Art and Perception, Ceramics TECHNICAL, and Studio Potter. She co-authored a revised edition of The Traditional and Religious Arts of Asia with Dr. C. Martin (2019) and is completing two other manuscripts, one on the contributions of the Vietnam Resistors to the history of Canadian ceramics and a second volume co-authored with Dr. C. Martin, The Branches of the Bodhi Tree. She lectures internationally on the history of Canadian wood firing. 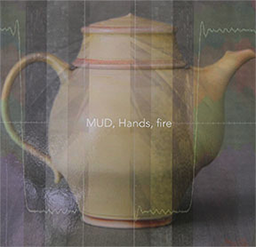 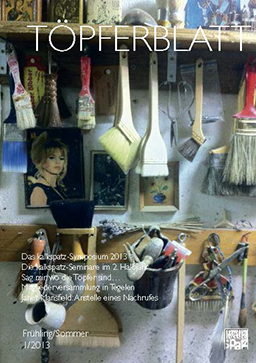 Where Have All the Potters Gone by
Mary Ann Steggles, featured in
Topferblatt (Fruhling 1/2013) 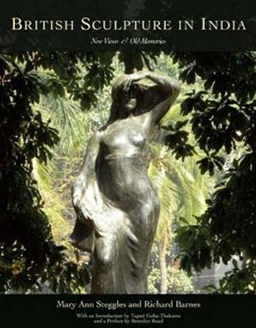