Holger Kalberg, born in Germany, lives and works in Winnipeg, Manitoba. He graduated from Emily Carr University in 2001 and received an MFA from Chelsea School of Art in London in 2007. Recent exhibitions include “Reconfiguring Abstraction” at the School of Art Gallery (2013), “Paint” at Vancouver Art Gallery (2007), as well as shows in Agnes Etherington Gallery at Queens University, Monte Clark Gallery in Vancouver, Clark and Faria in Toronto, Gallery Bertrand & Gruner in Geneva, Switzerland and Gallerie Hellebrand in Duisburg Germany. He was shortlisted for the RBC Painting Competition in 2002, 2004 and 2005 and is a juror for the 2013 competition. He received a Canada Council Production Grant in 2006, BC Arts Council grants, as well as University of Manitoba Creative Works Grant in 2013. Kalberg’s work can be found in collections in Germany, Switzerland, US, UK and Canada.

Holger Kalberg is represented by Monte Clark Gallery in Vancouver. 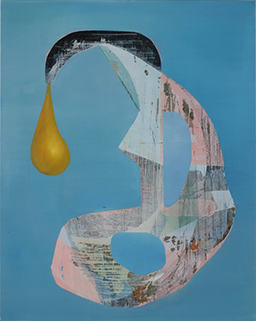