"Winnipeg has been a city in which pluralism reigns. In this exhibition there are examples of surreal and whimsical figurative painting, hard edge and painterly abstraction, pop and concepual art and sophisticated work in ceramics." Robert McKaskell

Those Who Stayed featured works by artists who were associated with the School of Art, both students and staff, in the 1950s and 1960s and continued their artistic practice in Winnipeg. 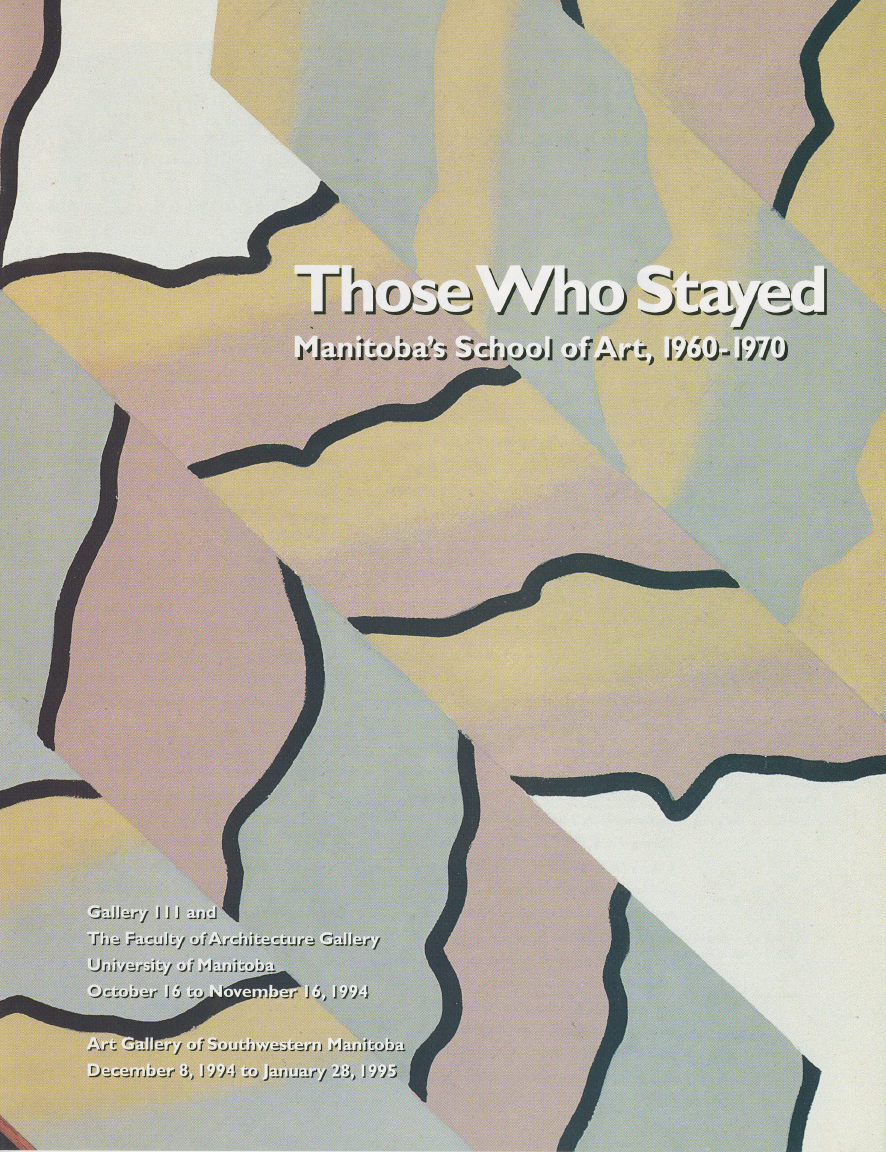