Lecture at the School of Art by American photographer Cavalliere Ketchum. Ketchum grew up in Arizona, received his Bachelor of Fine Arts degree from Arizona State University, and his master's degree from University of New Mexico. He began teaching photography at the University of Wisconsin-Madison in 1970, where he remained until 2005. His work is included in collections such as the Smithsonian, Library of Congress, Art Insititute of Chicago, and the International Museum of Photography.

The people of northern New Mexico became important subjects of his work--people whom he describes as socially, culturally and financially isolated from the mainstream. 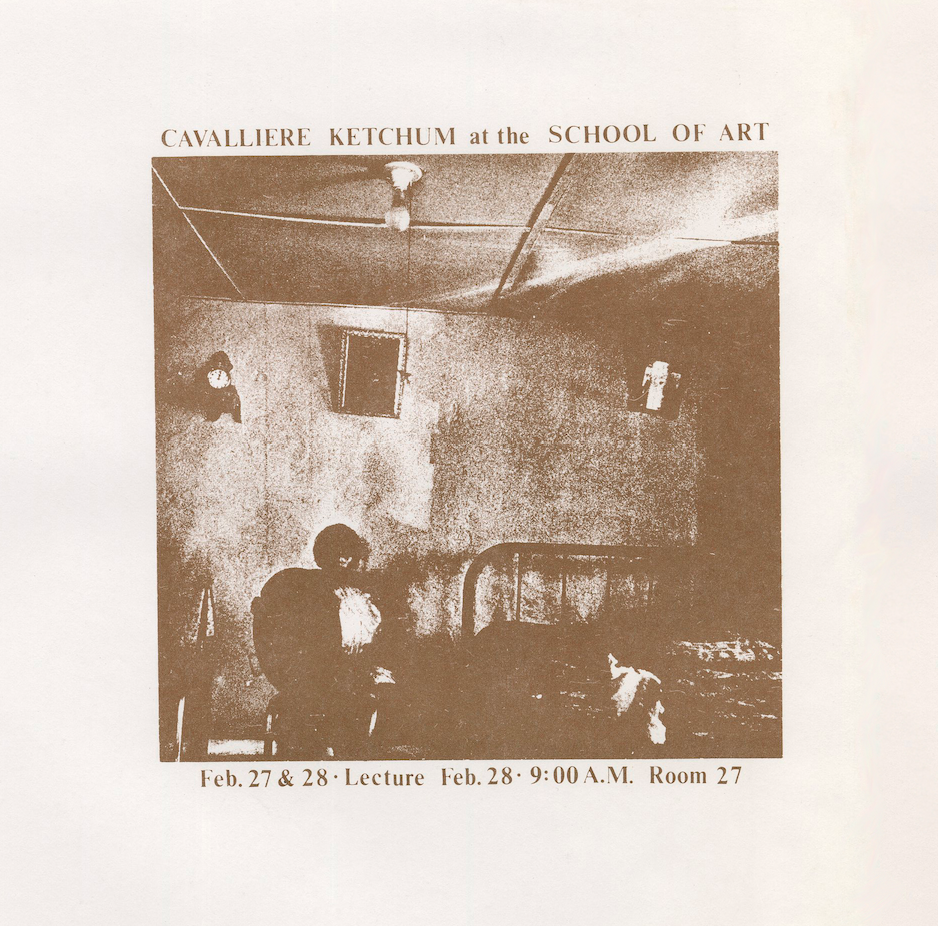