The photo book “Two Ways of Knowing” by David Barber and Doug Barber is to be released at the Circumpolar Flaw Lead (CFL) System Gala at the opening of the Winnipeg Symphony Orchestra New Music Festival (February 6, 2010). It gives the perspective of the merging of science and traditional knowledge during the International Polar Year. It takes readers through the astonishing images of the Arctic photographed by Doug Barber, and complemented by essays on the future of the region by both the people who live there and the scientists conducting their research on board the Canadian Coast Guard Ship Amundsen.
The book, in limited edition, is available for $100 plus GST plus shipping and can be order from the CFL web site at: 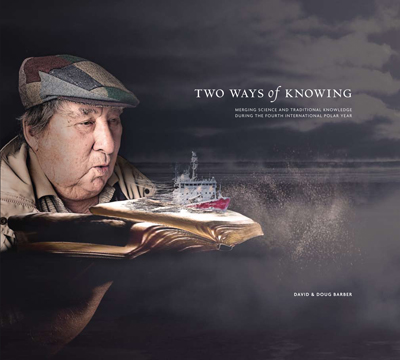