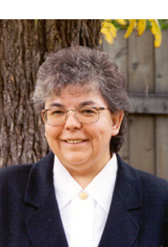 Dr. Emma LaRocque: Dr. LaRocque's interests include colonization and decolonization, Indigenous-White relations, Aboriginal resistance in literature, identity, and many other fields related to Indigenous represenation. Dr. LaRocque is the departmen's longest service faculty member and has been with the department since 1976. A poet and writer, Dr. la Rocque has created or redesigned many of our core courses (such as on Native Women) and is the author of two books: Defeathering The Indian and When the Other Is Me: Native Resistance Discourse 1850-1990, as well numerous academic articles or chapters. In 2005 Dr. La Rocque received an Aboriginal Acheivement Award for education.

Teaching (*courses I created or **re-designed)

Dr. LaRocque is the author of Defeathering The Indian (1975); she has also written numerous scholarly and popular articles on images of "Indians" in the media and marketplace, Canadian historiography, Native literature, education, racism, and violence against women. Her poetry has appeared in national and international journals and anthologies.

Recent Publications
"When the ‘The Wild West' Is Me: Re-viewing Cowboys and Indians." Challenging Frontiers: The Canadian West. B. Rasporich and L. Felske, eds. University of Calgary Press. 2004.

"From the Land to the Classroom: Broadening Aboriginal Epistemology." Pushing The Margins. J.Oakes, R.Riewe, M.Bennett and B. Chisholm, eds. Native Studies Press, 2000.

9 of LaRocque's poems are featured in Native Poetry in Canada: A Contemporary Anthology. Jeannette Armstrong and Lally Grauer, eds. 2001.

"The Colonization of a Native Woman Scholar." Women of the First Nations. P.Chuchryk and C.Miller, eds. 1996.

"When the Other Is Me: Native Writers Confronting Canadian Literature." Issues in the North, Vol. I. J.Oakes and R.Riewe, eds. Canadian Circumpolar Institute, 1996.

"Violence in Aboriginal Communities." The Path To Healing: Report of the National Round Table on Aboriginal Health and Social Issues. RCAP, 1993.

"Preface" and a collection of poems. Writing The Circle: Native Women of Western Canada. J.Perreault and S. Vance, eds. 1990.

Member of numerous university and community committees throughout the years

Frequent Guest Lecturer and/or consultant for a wide variety of academic conferences, community agencies or projects

Current Academic/Research Projects
Working on manuscript for publication on colonial misrepresentation in historiography and literature and Aboriginal resistance response as expressed in contemporary Aboriginal writing.

Research on the invention, production of images of "Indians" in North American Society

Research on the Decolonization of Knowledge: Western and Traditional Systems

Academic and Other Professional Achievements

Dissertation nominated for the University of Manitoba Distinguished Dissertation Award, 1999.

Nominated for the Saunderson & Stanton Award for Excellence in Teaching, 1986

Keynote speaker at the "If Gender Mattered" Conference sponsored by the Saskatchewan
Women's Secretariat in Regina, 2001

Gave the plenary address at the "Crossing The West(s)" Conference, The Canadian Association for American Studies and Western Literature Association, Banff, Alberta, 1998

Gave the plenary address on Native Canadian Writing at the Learneds in Montreal, 1995

Presented a paper on Canadian Native Literature and read her poetry at the "Commonwealth and Post-Colonial Literatures" Conference, University of Leeds in England, 1994

She has been a guest of Vicki Gaboreau and Peter Gzowski on CBC Radio and appeared as a consultant on Métis identity in Christine Welsh's film "Women in the Shadows."

"Writing 'For the Love of Words': A Cultural Transmutation". An Opening Address at the 'For Love of Words': Aboriginal Writers of Canada Conference, Winnipeg, Manitoba, Sept 30 to October 2, 2004.

"Aboriginal Literatures:Aesthetics of Resistance", Keynote Address, CACLALS at the Congress, University of Manitoba, May 30, 2004.

"Indigenity in Contemporary Metis Arts and Culture", at the 'Metis People of the 21st Century' Conference, Sponsored by the Indigenous People' Justice Initiative, University of Saskatchewan, Saskatoon, June 18-20, 2003.