2012 interdisciplinary and international conference “Languages and Cultures of Conflicts and Atrocities” in Winnipeg, Manitoba (Canada), October 11-13, 2012

Dr. Dawes, a scholar of American and Comparative Literature, is Chair and Professor of English at Macalester College and Founder and Director of the Program in Human Rights and Humanitarianism at Macalester College and specializes in literary and aesthetic theory, international law and human rights, trauma, and war studies. He is the author of That the World May Know: Bearing Witness to Atrocity (Harvard UP 2007) and The Language of War: Literature and Culture in the US from the Civil War through World War II (Harvard UP 2002). His current manuscript is entitled Evil Men.

Brief lecture abstract: This paper is about atrocity and representation. Based on interviews I have conducted with convicted war criminals, it analyzes the different ways people have tried to make sense of our astonishing capacity for evil. The perpetrators interviewed for this project had committed atrocities, caused incalculable suffering, but they had also experienced trauma – indeed, had experienced their own crimes as a kind of trauma. What is the meaning of their grief and their apology? What do we learn about the ethics of representation from trying to tell their stories? This talk will seek to answer to these questions. 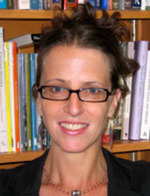 Dr. Landsberg, a scholar in History and Art History, specializes in memory studies and U.S. history, including early cinema, race and self-making, museums and the installation of memory. She is the author of Prosthetic Memory: The Transformation of American Remembrance in the Age of Mass Culture (Columbia UP 2004), in which she considers the way in which individuals are increasingly able to take on memories of events they did not live through.  She is interested in the potential of such memories to produce empathy and to become the grounds for progressive politics.

Brief lecture abstract: Museums and memorials devoted to atrocities are premised on the idea that sharing in another group’s trauma can be constructive both socially and politically.  But what exactly does it mean to share in someone else’s experience of atrocity?  What would be required to make atrocity meaningful—while maintaining its historical specificity—across disparate cultures, geographies, temporalities and spaces?  Any such inquiry must begin from the premise that it is impossible to ever fully capture another’s experience.  And yet, there is both a moral and political imperative to try to understand the nature and effects of distant atrocities.  In this paper I will suggest that such work might be constructively theorized as, in effect, a project of translation.  Inherent in the notion of translation, is the notion of incommensurability, of approximating rather than achieving verisimilitude.  To consider this process as translation is to foreground its inevitable partiality, incompleteness, imperfection.  The translation of atrocity would necessarily be a material, not simply linguistic process, and as such would have both a cognitive and an affective dimension.  It would need to convey the specific, material details of historical experience but also the sensory, affective dimension.  Finally, I will consider the extent to which certain virtual sites associated with atrocity museums, such as The Secret Annex Online (on the Anne Frank House website), might be particularly well suited to this sort of translation.  As  my paper will suggest, the virtual experience is both material and immaterial—material in that it is iconically connected to the real Anne Frank House and experienced by an embodied viewer, and yet immaterial in its profound artificiality as a graphically constructed space. 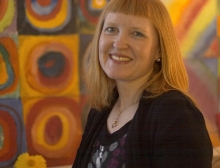 Dr. Scott, a scholar of German and Comparative Literature, specializes in studies in conflict resolution, forgiveness and reconciliation, the social dynamics of mourning and grief, transitional and restorative justice, as well as in law and literature. She is the author of A Poetics of Forgiveness (Palgrave 2010) and of Electra after Freud (Cornell UP 2005).

Brief lecture abstract: Restorative justice brings together victims, perpetrators, and their supporters in a collaborative dialogue about wrongdoing, the aim of which is to acknowledge harms, identify obligations, and to provide healing and restore balance to individuals, families and communities. Transitional justice, on the other hand, typically addresses prolonged human rights violations or historical oppression and seeks to nurture political transition to social stability. While there is a growing body of research on restorative and transitional justice addressing dozens of regions around the globe, the case of East Germany’s incorporation into the Federal Republic of Germany has been largely absent. This paper will propose that restorative measures were and are indeed still necessary in a unified Germany, and will demonstrate how literary and cultural texts can expand and complicate our thinking on restorative justice, invent new forms of narrative justice, and indeed constitute a form of what I am calling generative justice.

Back to Conference main page