TREASURERS OF THE GODDESS:


The sacred monies of the goddess Athena in the Parthenon were the emergency fund of Classical Athens. The classical tradition symbolized by that temple and its Goddess would prove an even more valuable treasure. European liberalism's embrace of 5th century BCE democracy as a weapon against despotism ultimately rescued Greece's independence struggle after 1821. Two centuries later, as Europe wavered over how far to let the Greek economy collapse, Pericles and Plato played their role.
The Greek state tends to treat monuments and history as bureaucratic leverage, a way to pry loose funds from the European Union and would-be investors. Patching holes in the Parthenon is not the same as preserving this unique diplomatic and economic capital. Ancient Greece is relevant to the extent that it figures, ideally on the winning side, in ideological and cultural competition around the world. As the next generation comes to adulthood in an era of revived nationalism and deep distrust of educated elites, the stories Greece tells, and the means of delivering those stories, must evolve, partly through new technologies that engage the public as active interlocutors not passive worshippers. 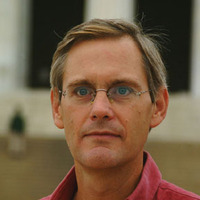