RESCHEDULED DUE TO WEATHER!

This paper presents the results of the study of the imperial-period portrait sculpture found in the building complex known as the Library of Pantainos in the Athenian Agora. Excavated primarily in the early 1970s, the Library and associated Street Stoa are located in a very prominent position in the Agora, next to the Stoa of Attalos and along the wide processional way that led to the so-called Roman Agora. Most of the portraits found represent local citizens and benefactors. One surprising discovery was the over-lifesize statue of the emperor Trajan, dressed in parade armor, which appears to have been set up by the father of the famous Herodes Atticus. Although very fragmentary (over 40 fragments of the statue have been recovered) this statue is of very high quality, and the lavishly decorated breastplate displays a unique iconography.

Sheila Dillon received a Ph.D. in Classical Art and Archaeology from the Institute of Fine Arts, New York University. She teaches courses on Greek and Graeco-Roman art and archaeology. Her research interests focus on portraiture and public sculpture and on reconstructing the statuary landscape of ancient cities and sanctuaries. 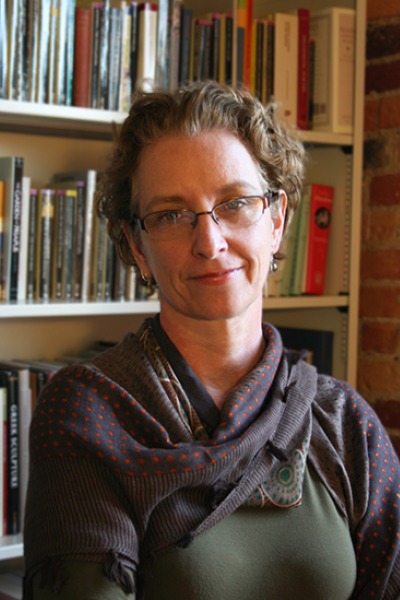