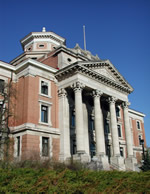 Since its inception in 1906, the Faculty of Agricultural and Food Sciences has been a leader in the agri-food industry in Manitoba. The standard of excellence it has attained in its teaching and research programs is recognized across Canada and around the world.

The Faculty of Agricultural and Food Sciences has earned a reputation for its high-calibre teaching programs and its friendly helpful staff. Students benefit not only from the expertise of staff in the Faculty, but also from the close proximity of other faculties on campus, federal research facilities, and a vibrant Winnipeg-based agricultural community. 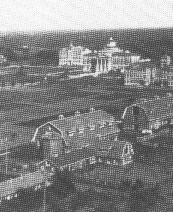 The Faculty had its beginnings in Winnipeg in 1906 with the formation of the Manitoba Agricultural College, located on the south bank of the Assiniboine River (today's Tuxedo area of Winnipeg). The first agricultural diplomas were conferred in 1908 and the first agricultural degrees in 1911. Fort Garry Campus, circa 1930

Home Economics students began enrolling in the college in 1910, but several years elapsed before degrees were conferred. It wasn't until eight years later, in 1918, that the first graduates of the degree program were recognized.

To nourish the World, without costing the Earth.

To develop people, ideas, knowledge and practices to support the provision of food, bio-resources and services that are healthy and sustainable for society, the environment and the agri-food sector.