Join our new online book club for UM alumni and friends where you will read and discuss books on lifelong learning, leadership, ideas, literature and more.

Why you should join

Creating interesting and long-lasting connections with fellow UM grads around the world is easier than ever by joining our online UM Alumni Book Club. You’ll do more than read a variety of great books. You’ll meet an online community of over 900 alumni, hear from UM faculty (and sometimes the authors themselves!) through exclusive book club chats, and participate in engaging conversation. The group will spend two months on each book, so you'll have plenty of time to read.

Thanks to the generous support of the UM Alumni Association, there is no cost to participate – you just have to get a copy of the book to enjoy.

Book Club is the perfect way to stay connected with UM, the friends you’ve made, and learn something new at the same time all from the comfort of your home!

Twenty-five-year-old Molly's unique character, along with her obsessive love of cleaning and proper etiquette, make her an ideal fit for her job as a hotel maid. But Molly's orderly life is upended the day she enters the suite of the infamous and wealthy Charles Black, only to find it in a state of disarray and Mr. Black himself dead in his bed. Before she knows what's happening, Molly's unusual demeanor has the police targeting her as their lead suspect. She quickly finds herself caught in a web of deception, one she has no idea how to untangle. Fortunately for Molly, friends she never knew she had unite with her in a search for clues to what really happened to Mr. Black—but will they be able to find the real killer before it's too late?

Fight Night is told in the unforgettable voice of Swiv, a nine-year-old living in Toronto with her pregnant mother, who is raising Swiv while caring for her own elderly, frail, yet extraordinarily lively mother. When Swiv is expelled from school, Grandma takes on the role of teacher and gives her the task of writing to Swiv's absent father about life in the household during the last trimester of the pregnancy. In turn, Swiv gives Grandma an assignment: to write a letter to "Gord," her unborn grandchild (and Swiv's soon-to-be brother or sister). "You’re a small thing," Grandma writes to Gord, "and you must learn to fight."

A Town Called Solace--the brilliant emotionally radiant new novel from Mary Lawson, her first in nearly a decade--opens on a family in crisis: rebellious teenager Rose has been missing for weeks with no word, and Rose's younger sister, the feisty and fierce Clara, keeps a daily vigil at the living-room window, hoping for her sibling's return.

Enter thirtyish Liam Kane, newly divorced, newly unemployed, newly arrived in this small norther town, where he promptly moves into the house next door--watched suspiciously by astonished and dismayed Clara, whole elderly friend, Mrs. Orchard, owns that home. Around the time of Rose's disappearance, Mrs. Orchard was sent for a short stay in hospital, and Clara promised to keep an eye on the house and its remaining occupants, Mrs. Orchard's cat, Moses. As the novel unfolds, so does the mystery of what has transpired between Mrs. Orchard and the newly arrived stranger.

Taken from their families when they are very small and sent to a remote, church-run residential school, Kenny, Lucy, Clara, Howie and Maisie are barely out of childhood when they are finally released after years of detention.

Alone and without any skills, support or families, the teens find their way to the seedy and foreign world of Downtown Eastside Vancouver, where they cling together, striving to find a place of safety and belonging in a world that doesn't want them.  The paths of the five friends cross and crisscross over the decades as they struggle to overcome, or at least forget, the trauma they endured during their years at the residential school.

A Gentleman in Moscow by Amor Towles

In 1922, Count Alexander Rostov is deemed an unrepentant aristocrat by a Bolshevik tribunal, and is sentenced to house arrest in the Metropol, a grand hotel across the street from the Kremlin. Rostov, an indomitable man of erudition and wit, has never worked a day in his life, and must now live in an attic room while some of the most tumultuous decades in Russian history are unfolding outside the hotel’s doors. Unexpectedly, his reduced circumstances provide him entry into a much larger world of emotional discovery.

From the Ashes by Jesse Thistle

In this extraordinary and inspiring debut memoir, Jesse Thistle, once a high school dropout and now a rising Indigenous scholar, chronicles his life on the streets and how he overcame trauma and addiction to discover the truth about who he is. If I can just make it to the next minute...then I might have a chance to live; I might have a chance to be something more than just a struggling crackhead. From the Ashes is a remarkable memoir about hope and resilience, and a revelatory look into the life of a Métis-Cree man who refused to give up.

The Vanishing Half by Brit Bennet

The Vanishing Half is a historical fiction novel by American author Brit Bennett. It is her second novel and was published by Riverhead Books in 2020. The novel debuted at number one on The New York Times fiction best-seller list. The Vignes twin sisters will always be identical. But after growing up together in a small, southern black community and running away at age sixteen, it's not just the shape of their daily lives that is different as adults, it's everything: their families, their communities, their racial identities. Many years later, one sister lives with her black daughter in the same southern town she once tried to escape.

The Beauty in Breaking by Michele Harper

The Beauty in Breaking is the poignant true story of Harper’s journey toward self-healing. Each of the patients Harper writes about taught her something important about recuperation and recovery. As she shines a light on the systemic disenfranchisement of the patients she treats as they struggle to maintain their health and dignity, Harper comes to understand the importance of allowing ourselves to make peace with the past as we draw support from the present. In this hopeful, moving, and beautiful book, she passes along the precious, necessary lessons that she has learned as a daughter, a woman, and a physician.

Medicine Walk relates the journey of 16-year-old Franklin Starlight and his dying, alcoholic father Eldon Starlight to find a burial site for Eldon at a place deep in the forest he remembers fondly from his youth.

Little Fires Everywhere explores the weight of secrets, the nature of art and identity, and the ferocious pull of motherhood--and the danger of believing that following the rules can avert disaster. In Shaker Heights, a placid, progressive suburb of Cleveland, everything is planned--from the layout of the winding roads, to the colors of the houses, to the successful lives its residents will go on to lead. And no one embodies this spirit more than Elena Richardson, whose guiding principle is playing by the rules.

Ridgerunner is populated with unforgettable characters that demand our attention. Focusing on several different characters throughout her entire book and their relationships to one another, Gil Adamson gives us much to discuss about the characters’ stories and their more intricate individual psychologies.

The Break by Katherena Vermette

When Stella, a young Métis mother, looks out her window one evening and spots someone in trouble on the Break — a barren field on an isolated strip of land outside her house — she calls the police to alert them to a possible crime. In a series of shifting narratives, people who are connected, both directly and indirectly, with the victim — police, family, and friends — tell their personal stories leading up to that fateful night.

A powerful intergenerational family saga, The Break showcases Vermette’s abundant writing talent and positions her as an exciting new voice in Canadian literature.

The Glass Castle by Jeannette Walls

Chancellor Mahon selected The Glass Castle, by Jeannette Walls, as the inaugural book -- a great summer read! The Glass Castle is a remarkable memoir of resilience and redemption, and a revelatory look into a family at once deeply dysfunctional and uniquely vibrant. When sober, Jeannette's brilliant and charismatic father captured his children's imagination, teaching them physics, geology, and how to embrace life fearlessly. But when he drank, he was dishonest and destructive. Her mother was a free spirit who abhorred the idea of domesticity and didn't want the responsibility of raising a family. 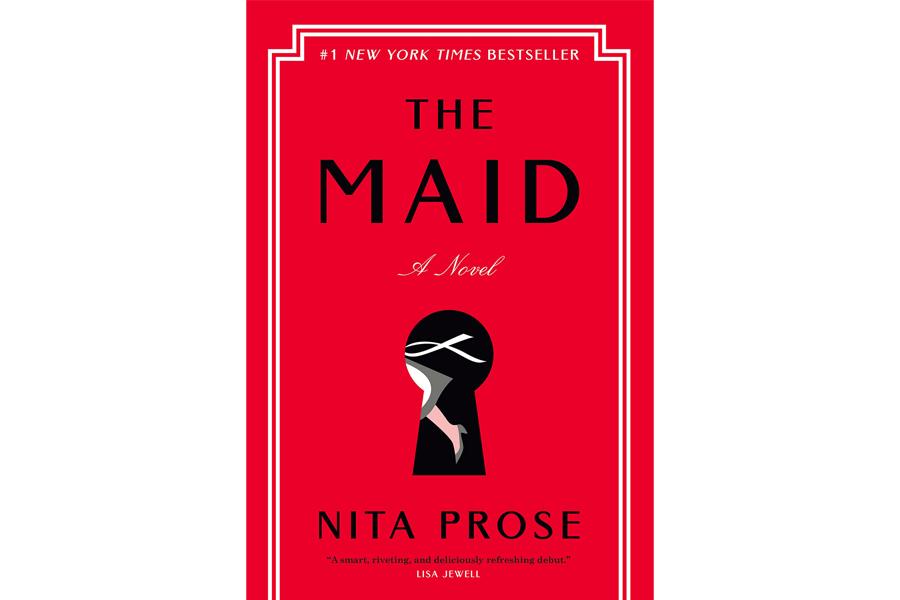 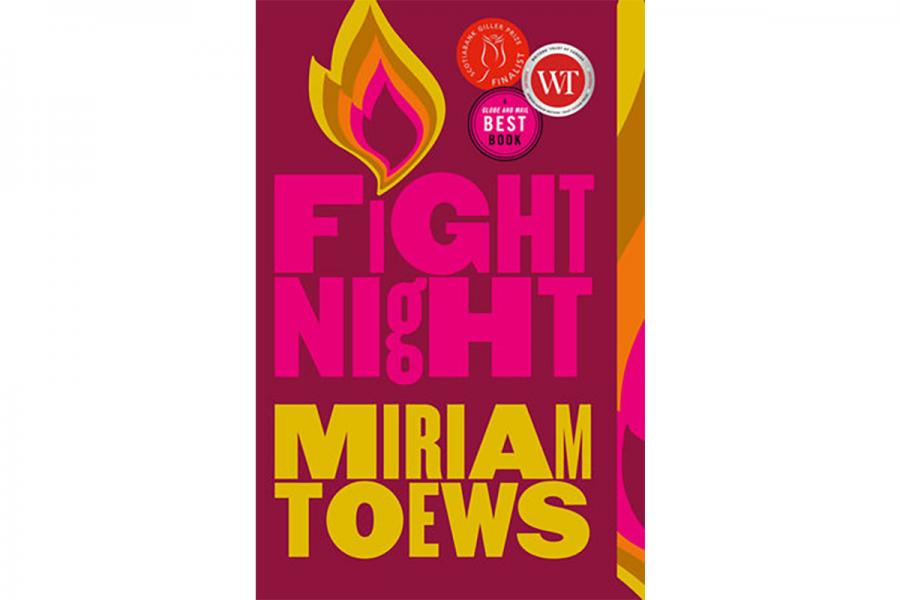 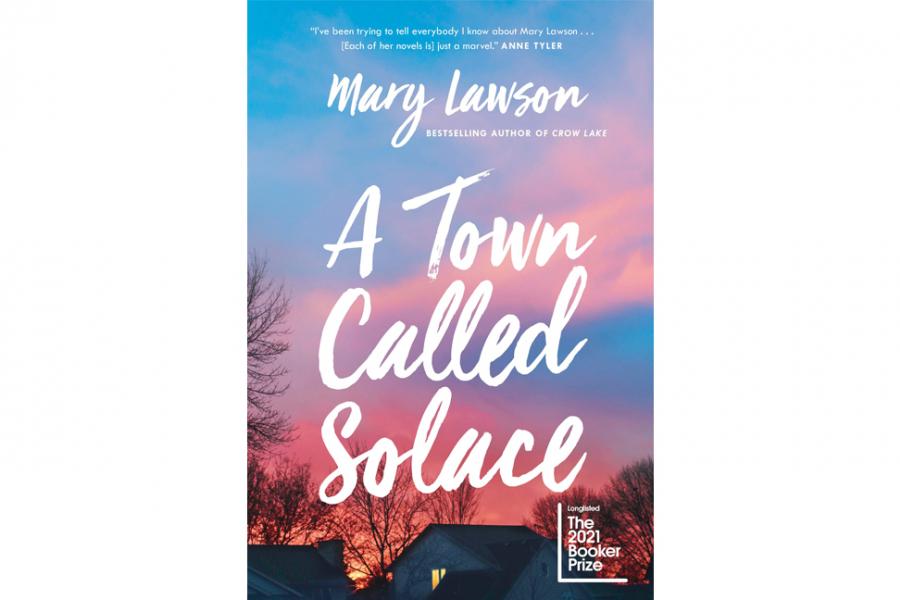 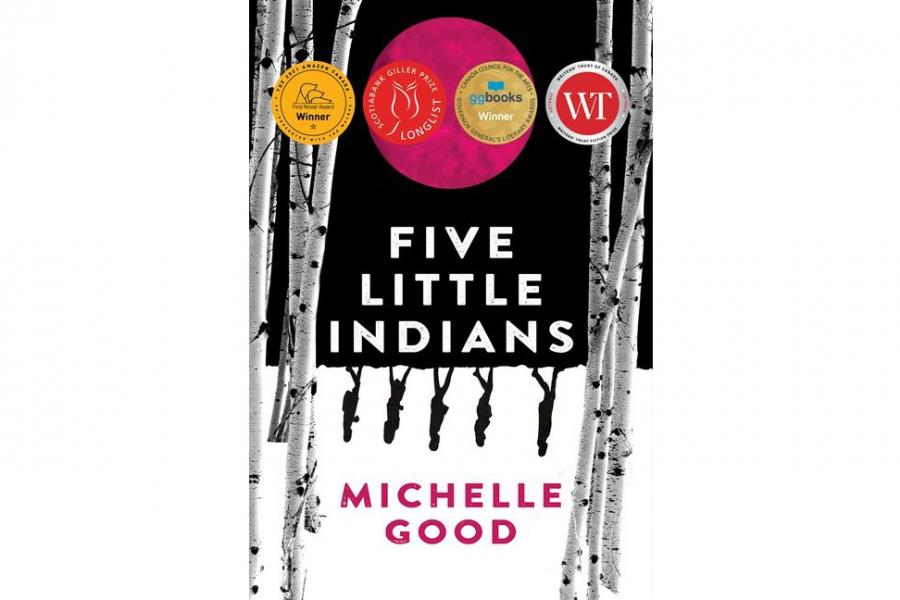 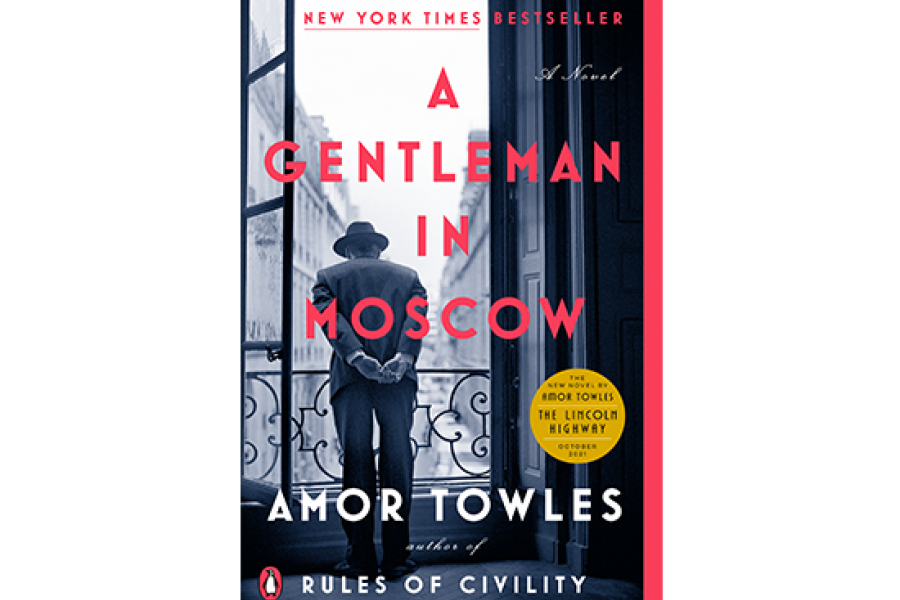 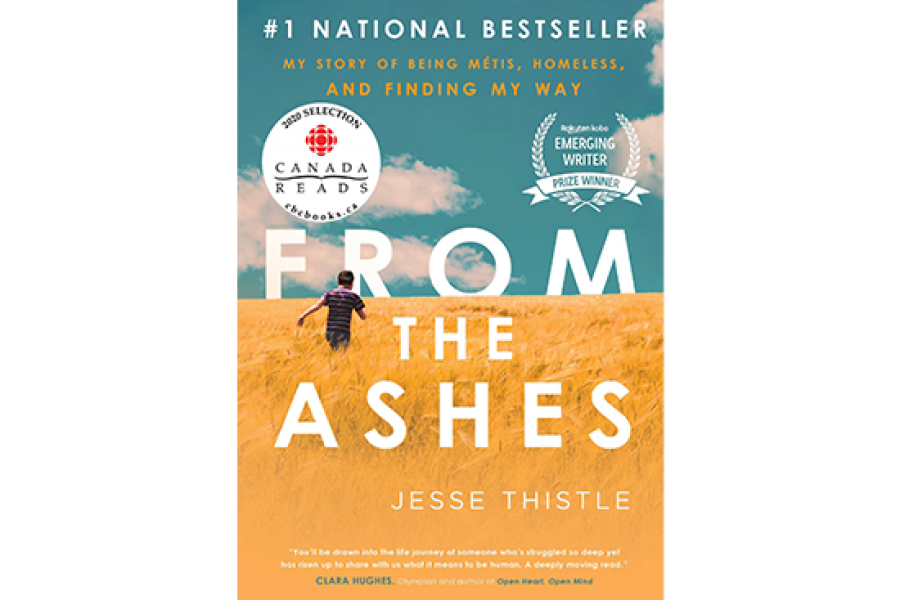 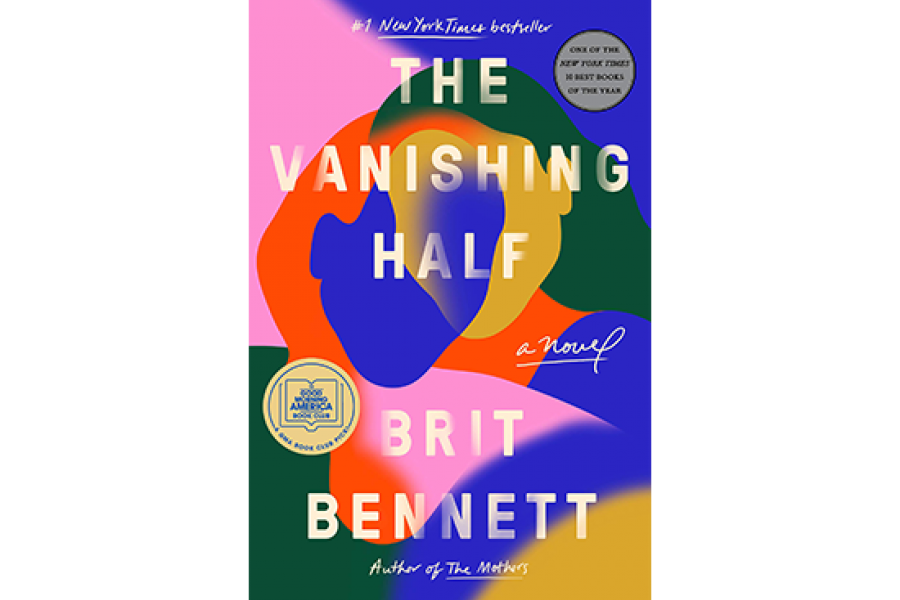 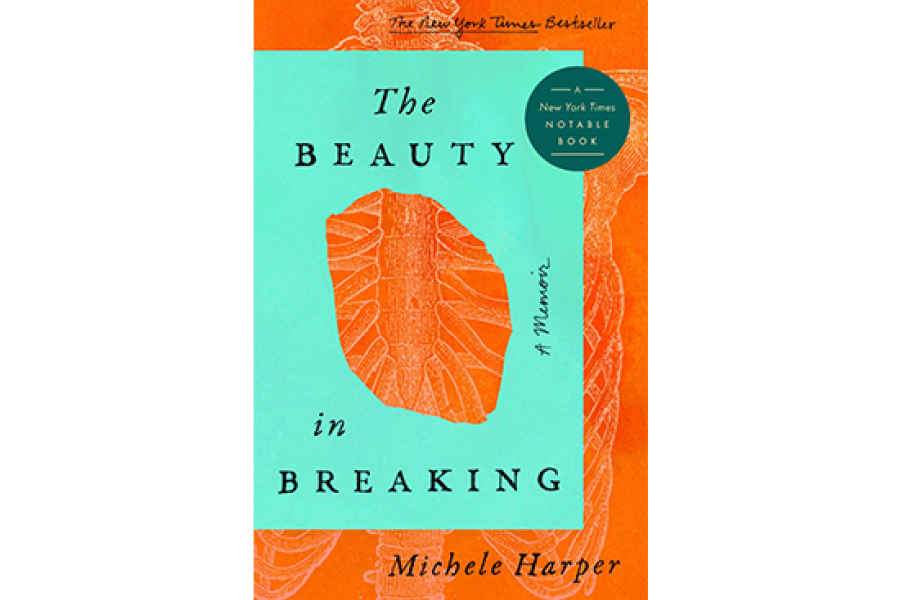 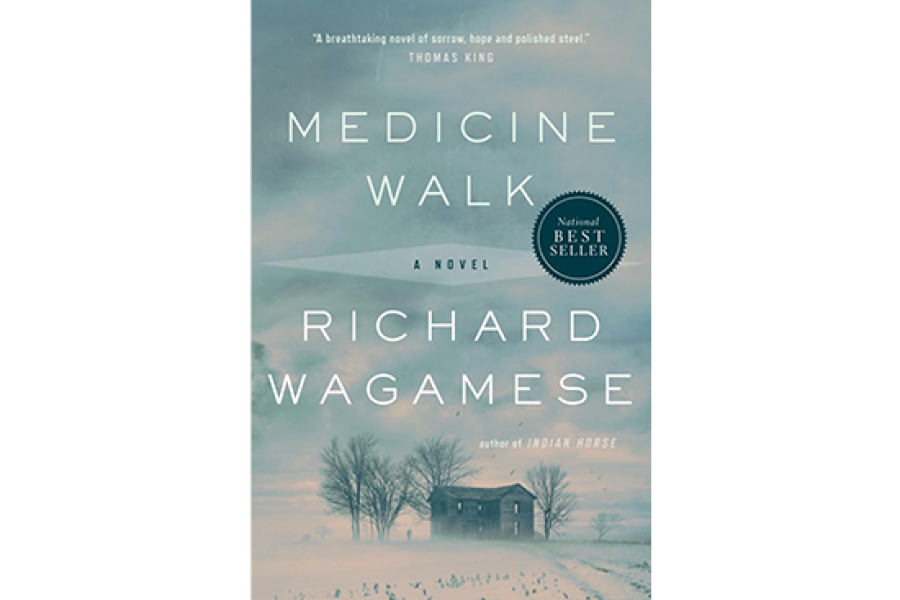 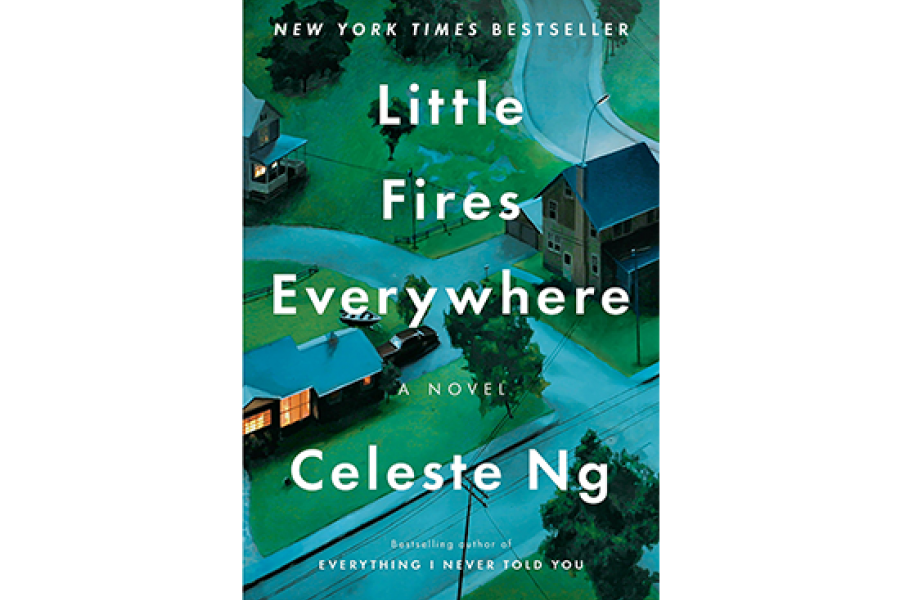 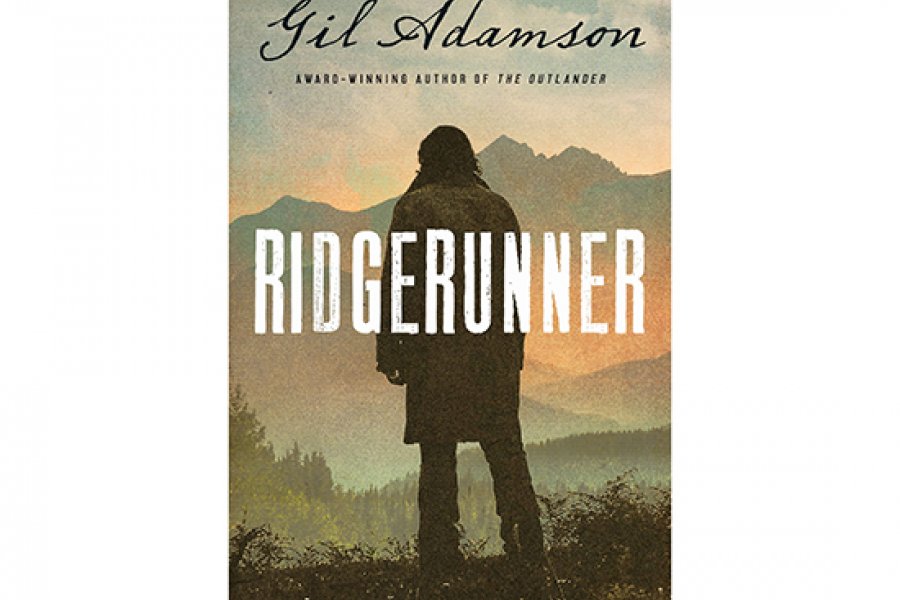 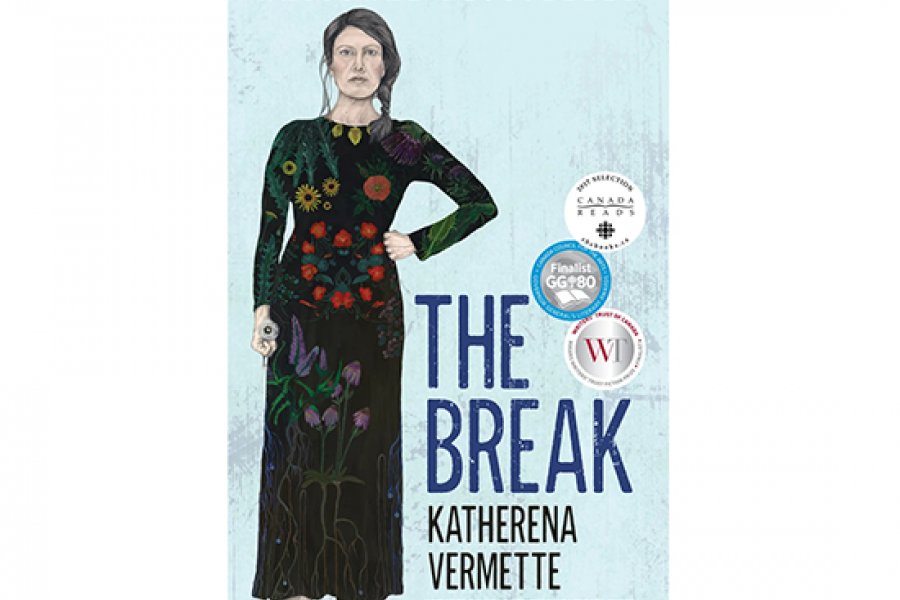 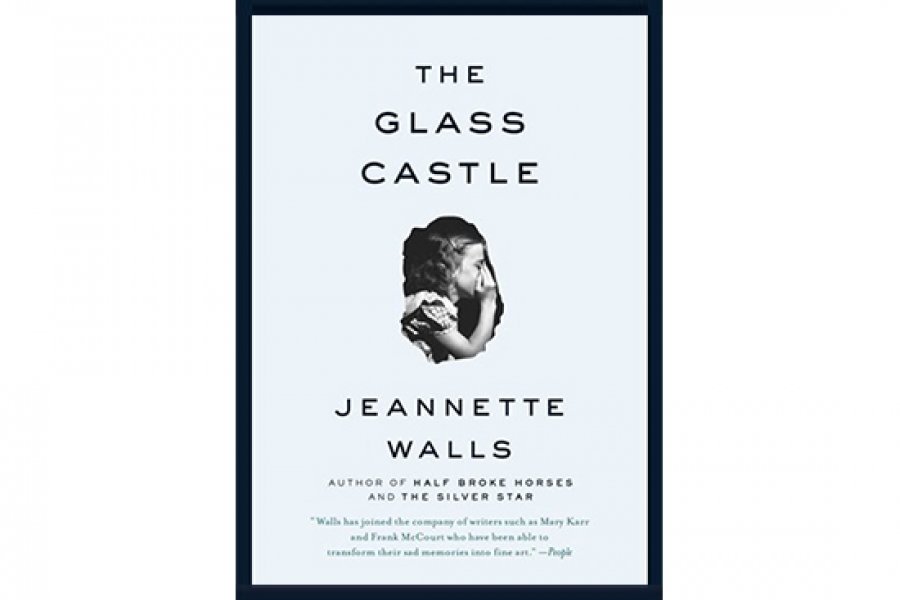 You can purchase or borrow a copy of the book online at:

The University of Manitoba (UM) uses PBC Guru, a third party service provider hosted outside of Canada (specifically in the USA), in order to provide the UM Alumni Book Club as a service to our alumni and friends. The University of Manitoba (UM) makes PBC Guru available to you for your personal use on a voluntary basis. PBC Guru is primarily responsible for the book club’s operations and administration. By clicking to join the book club, you will be leaving the UM website and going to the PBC Guru website.

During the registration process, PBC Guru will collect your name, e-mail address, the year you graduated from UM, and the program of study in which you graduated. PBC Guru may ask you for additional personal information, such as personal preferences to allow you to customize your user session profile, or to subscribe you to notifications, etc. It is your choice whether or not to provide this additional information, and you are solely responsible for ensuring you have read and understood PBC Guru’s privacy policy in regards to any information you have chosen to provide them.

PBC Guru will share your contact information and participation in the book club with the UM for the purposes of updating the university’s alumni records, and assess interest and engagement in alumni programming. The UM uses alumni contact information to inform alumni and friends about university news, events, and initiatives, including fundraising.

By using this service through PBC Guru, you acknowledge you have read and understood the above privacy statement and that you consent to the storage and access of your personal information, as described above, outside of Canada solely for those purposes.

Your personal information is being collected under the authority of The University of Manitoba Act for the purpose of participating in the book club, updating our records and assessing interest and engagement in alumni programming.  Your personal information will not be used or disclosed for other purposes, unless permitted by The Freedom of Information and Protection of Privacy Act (FIPPA).

The book club will be managed and moderated by PBC Guru to support the member experience. Please email info@pbc.guru with any questions. For more information, visit http://www.pbc.guru.