Home
James Fergusson
Dr. James Fergusson is the Deputy Director or the Centre for Defence and Security Studies, and Professor in the Department of Political Studies at the University of Manitoba. He received his BA(Hons) and MA Degrees from the University of Manitoba, and his Ph.D. from the University of British Columbia in 1989. He teaches a range of courses in the areas of international relations, foreign and defence policy, and strategic studies. He has published numerous articles on strategic studies, non-proliferation and arms control, the defence industry, and Canadian foreign and defence policy. His recent publications include:

In addition to his academic publications, Dr. Fergusson has been commissioned to write several reports for government. Most recently, he completed a study for International Security Research and Outreach programme, IDA, DFAIT, on Strategic Stability Re-Considered, and a study for the Director-General International and Industry Programmes, DND, on Theatre Missile Defence: NATO/European Programs and Technologies. In 2000, he completed a NATO Fellowship Study entitled Ballistic Missile Defence: Implications for the Alliance, and co-authored with Mr. Steve James the 2000 Space Appreciation Report for the Directorate of Space Development, DND, in which he looked specifically at missile proliferation, missile defence, space control, and the international legal regime on outer space.

Dr. Fergusson regularly lectures to the General and Senior Officer Space Indoctrination Course (NDHQ), the Canadian Forces' College on Strategic Defence and National Security, and the Air Force Staff Course in Winnipeg. Dr. Fergusson has also testified before the Standing Committee on Foreign Affairs and International Trade, most recently on the future of nuclear deterrence and Canadian policy, the Standing Committee on National Defence and Veteran's Affairs on National Missile Defence. He was also one of the principal authors of To Secure a Nation: The Case for a New Defence White Paper. Council for Canadian Security in the 21st Century. November 2001. 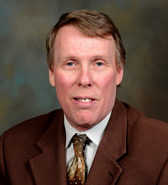