The Department of Anthropology, University of Manitoba offered an archaeological field school at the Lockport site (EaLf-1), north of Winnipeg, MB from May 24 – June 30, 2016. The field school was part of the Lockport Research and TV Documentary Project created by Dr. E. Leigh Syms (curator Emeritus, Manitoba Museum) and Coleen Rajotte, a Cree and Metis filmmaker. 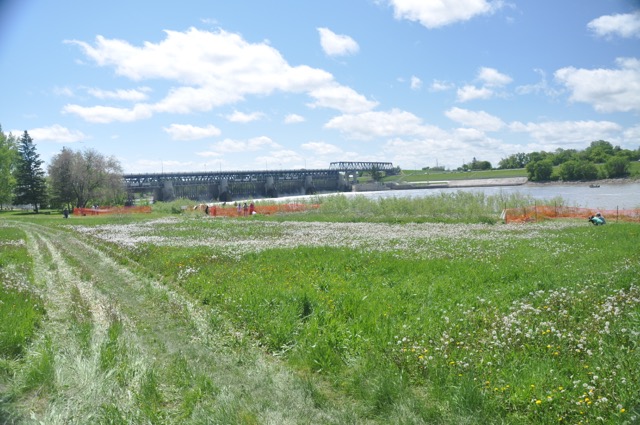 The purpose of the field school was to determine the extent and current status of the maize agricultural deposits originally discovered during the 1980s excavations by the Historic Resources Branch. During the four-week excavation, nine students and six volunteer archaeologists excavated 20 square meters of the site spread along the eastern bank of the Red River. Archaeological deposits associated with the Middle Woodland period (ca. AD200 – 800) through to the historic period (ca. 1800s) produced over 7000 artifacts. 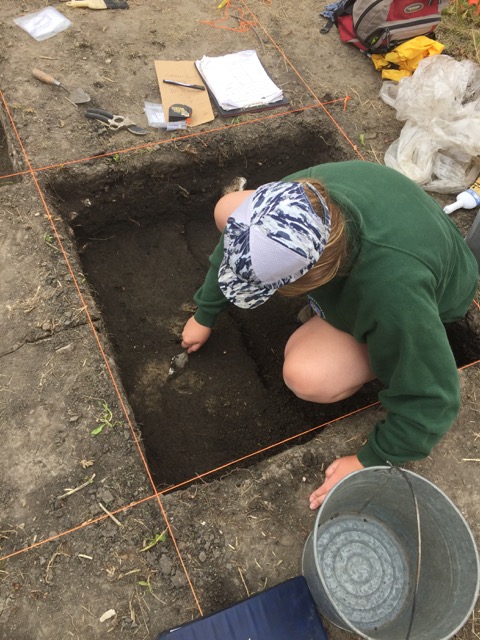 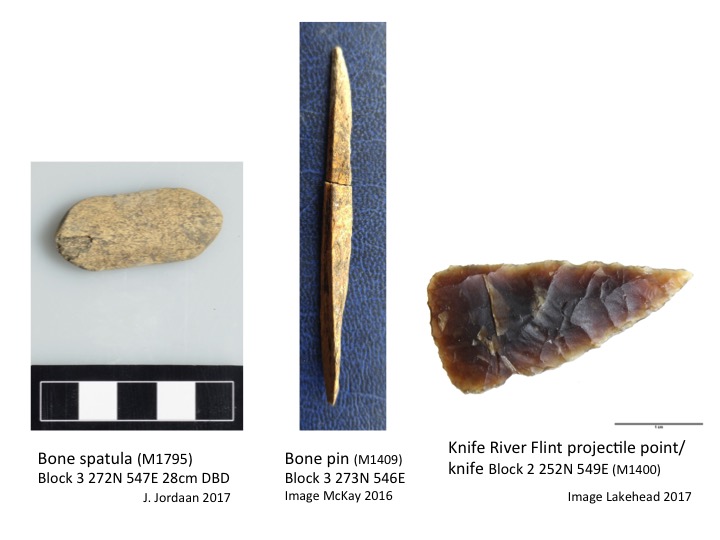 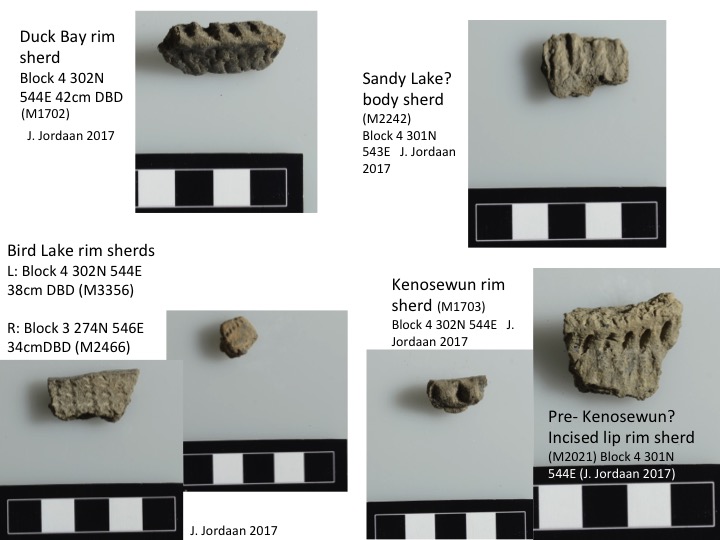 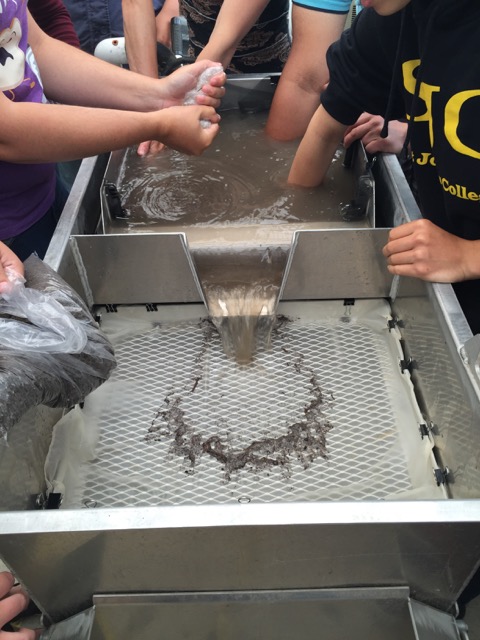 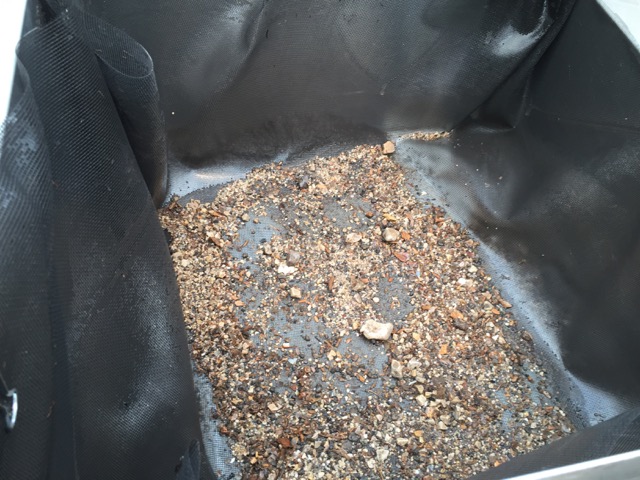 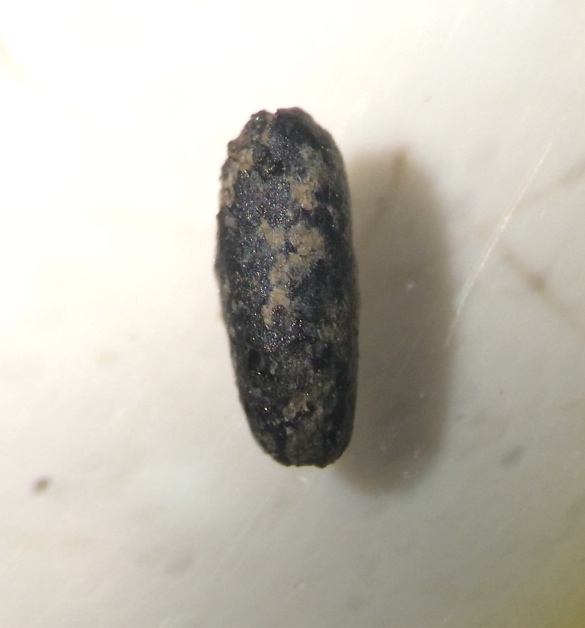 Analysis of the projectile point identified dyed plant fibres embedded into fatty deposits on the surface of the point. Dark blue, light blue, red, black and white coloured fibres were part of the bindings that attached the projectile point to the arrow shaft. Recognizing that dyed materials were just as important in daily life then as it is now opens new dimensions for understanding how past peoples lived.