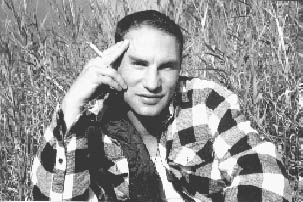 His five collections of poetry have earned him both a national and international audience. His approach blends oral storytelling, song, spoken word, and the Cree language. His maternal ancestry traces back to the fur trade and to the Metis community of Kinosota, Manitoba, which was established in 1828 by the Hudson’s Bay Company. His paternal ancestry is Jewish, Polish and German, something reflective of the immigrant experience to Canada at the turn of the century.

Gregory’s works of poetry and his memoir are taught at numerous universities and colleges throughout Canada and the U.S., and his work has appeared in many anthologies. He was the subject of a feature length documentary, Singing Home The Bones: A Poet Becomes Himself (The Maystreet Group, 2007) that aired on CHUM TV, BRAVO!, APTN, and the Saskatchewan Television Network. He has served as writer-in-residence at the University of Manitoba and at Memorial University of Newfoundland. His latest collection, kipocihkân: Poems New & Selected (Nightwood Editions) and the re-publication of I Knew Two Metis Women, along with the companion CD (Gabriel Dumont Institute) will be released in spring 2009. As well, his third collection of poetry, Love Medicine and One Song will be re-released by Kegedonce Press in 2009.

Some of Gregory's work: