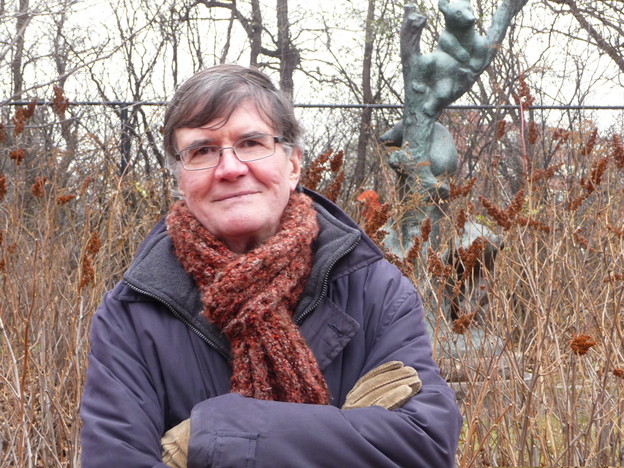 Dennis Cooley was born in Estevan, Saskatchewan in 1944 and currently lives in Winnipeg, Manitoba. Dennis earned a Bachelor of Education degree (with Distinction), a Bachelor of Arts (High Honours) degree, and a Master of Arts degree from the University of Saskatchewan, and a Ph.D. from the University of Rochester. Aside from writing, Dennis has taught most of his life (excluding one year of upgrading in 1971-2, and one year in 1972-3, when he was an executive assistant in the Blakeney government in Saskatchewan). He has since worked as professor at St. John's College at the University of Manitoba. He also held many labouring jobs during the summers when he was a student. Dennis describes himself as, "rooted in the prairies, fiddling with forms, swerving among the vernacular, the comical, the meditative, the linguistic, and the personal [and] strongly committed to the local and to contemporary understandings of writing." He works in the genre of poetry, especially the long poem, literary travel and literary criticism. Prairie Fire magazine ran a special issue on Dennis's work in the spring of 1998 (Vol. 19, No.1).

Click here to listen to a reading by Dennis Cooley.

ON THE CRAFT OF WRITING

I write largely about things that really excite and interest me. I'm hoping at the same time that will happen for a lot of readers....I'm always surprised at writers who say they find writing painful because I find it enormously joyful and do it every chance I get.

There is no money or fame in being a literary writer (this applies especially to a poet). Do it because you want to and because you like doing it. Learn where you can, be open. Revise. Be patient, don't expect instant notice or wide attention. Rejoice in your writing.

Passwords: Transmigrations between Canada and Europe. A postmodern poetic journal based on teaching and travelling in Europe in 1990. 3-930275-14-7; 1996. Anthology.

burglar of blood. Chapbook of Dracula poems. Pachyderm; no ISBN; 1992.

The Vernacular Muse. A collection of critical essays on the eye and the ear in Canadian literature. Turnstone Press; 0-88801-124-5; 1987. Critical Essays/Anthology.

Bloody Jack. A long discontinuous poem that plays off the narrative of Jack Krafchenko, a famous outlaw from early twentieth-century Manitoba. Turnstone Press; 0-88801-091-5; 1984. Out of Print. Bloody Jack will be coming out in a second edition with the University of Alberta Press.