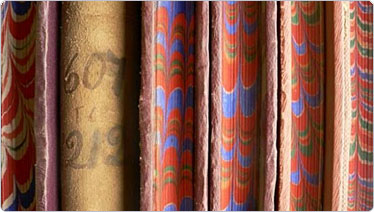 Past Speakers, Events, Opportunities, and News (in reverse order):

Welcome Event for CCWOC's Fall 2018 Writer-in-Residence, TRISTAN HUGHES
Please join us for this FREE event, which will feature a reading by Tristan from his works
September 18, 2018

SCHOLARSHIP:  CD Howe Memorial Foundation Fellowships in Creative Writing & Oral Culture
The CD Howe Foundation, with contributions from the Manitoba Scholarship and Bursary Initiative, has established a fund at the University of Manitoba in support of the Centre for Creative Writing & Oral Culture.  Two Fellowships, valued at approximately $11,000.00* each, will be offered to graduate students who are enrolled full-time in the Faculty of Graduate Studies, in a Masters or Doctoral degree program.
EXTENDED Deadline for Applications:  Friday, June 15, 2018

Call for Writer/Storyteller-in-Residence
The Centre for Creative Writing and Oral Culture
University of Manitoba
Deadline for Applications:  November 17, 2017

In Conversation with Tanya Talaga
An evening with the author of Seven Fallen Feathers, hosted by CCWOC's Fall 2017 Writer-in-Residence, Jordan Abel
November 16, 2017

Poetics & Performance After the Internet - A Workshop with Jordan Abel
November 1, 2017

Please join us for the launch of Connectomics, Alison Calder's latest book of poetry
May 2, 2017

Cree Stories with LOUIS BIRD
Louis Bird (Pennishish) is a renowned Omushkego Cree Elder from Peawanuck, Ontario, nears James Bay.  He has devoted his life to learning and performing the oral tradition of his Omushkego Cree People.  He is much beloved as a mentor and friend to all who are interested in his Indigenous stories.
February 13, 15, and 16, 2017

Sound Poetry:  A Cabaret
A talk and demonstration on the history and currency of sound poetry with Steven Ross Smith
November 23, 2016

CALL FOR APPLICATIONS:
2017 WRITER AND/OR STORYTELLER-IN-RESIDENCE
The Centre for Creative Writing and Oral Culture
EXTENDED Deadline for Applications:  November 18, 2016

"Tonguing the Text":  A Six-Week Workshop
With CCWOC's Fall 2016 Writer-in-Residence, Steven Ross Smith
Every Wednesday, from October 12 to November 16, 2016

Amber Dawn Reading and Book Signing of
How Poetry Saved My Life: A Hustler’s Memoir and Where the words end and my body begins
March 5, 2016

Premiere of “WHAT ARE HUMAN RIGHTS?”
A documentary that highlights a winnipeg perspective on the philosophy of human rights
Produced by University of Manitoba students, faculty and staff, as well as the generous support of CCWOC and the Canada Research Chairs Program
November 26, 2015

Telling Turtle Island:  An Evening with Storytellers from Around the Continent
Featuring Dovie Thomason, Flora Zaharia (Sikotan), and Joe McLellan

A celebration of the life of Dr. Renate Eigenbrod on May 31, 2014, may be found here

CCWOC congratulates its affiliate, KATHERENA VERMETTE, upon her recent win of the 2013 Governor General’s Literature Award for Poetry for her new book, North End Love Songs

Warning! Poetry Lives Here: Enter at Your Own Risk An Evening of Conversation and Readings in Celebration of World Poetry Day Including CCWOC’s Winter 2014 Writer-in-Residence, LOUISE WALLWEIN, and many others March 21, 2014

CALL FOR APPLICATIONS: Writer and/or Storyteller-in-Residence The Centre for Creative Writing and Oral Culture

MÉIRA COOK is selected as the Winnipeg Public Library's Writer-in-Residence for 2013-2014.

The University of Manitoba is chosen as the home of the National Research Centre for Residential Schools.

Kateri Akiwenzie-Damm and Niigaanwewidam James Sinclair joined the CBC's Shelagh Rogers to discuss new Aboriginal writing on The Next Chapter.  Click HERE to listen to that broadcast.

CCWOC Board Member ROBIN JARVIS BROWNLIE launches her latest book, Finding a Way to the Heart: Feminist Writings on Aboriginal and Women’s History in Canada.To learn more about her book, please turn to page 16 of Research Life's Winter 2013 issue HERE.

CCWOC affiliate NIIGAANWEWIDAM JAMES SINCLAIR wins the Paul Stanwood prize for the best dissertation in UBC's Department of English at his graduation ceremony.

Winners and nominees of the 2013 Manitoba Book Awards are announced, including three CCWOC affiliates:  MEIRA COOK, who won the McNally Robinson Book of the Year Award for her novel, The House on Sugarbush Road, DENNIS COOLEY, who won the Lifetime Achievement Award, and JONATHAN BALL, who won the Aqua Lansdowne Prize for Poetry for his work, The Politics of Knives.

On April 16, 2013, Canadian Poetries published a conversation about ekphrasis with former CCWOC Writer-in-Residence SALLY ITO and with CCWOC affiliate and poet JENNIFER STILL.  Please click here to read that interview.

CCWOC thanks its outgoing Winter 2013 Storyteller-in-Residence, CLARE MURPHY, for her excellent work with us

Congratulations to U of M Alumnus SALEEMA NAWAZ on the publication of her first novel, Bone & Bread.

CCWOC affiliate Niigaanwewidam James Sinclair and CCWOC Director Warren Cariou, co-editors of Manitowapow, win this year's On the Same Page contest, through which readers selected Manitowapow as the book for all Manitobans to read in 2013

The Winnipeg Yiddish Women’s Reading Circle makes available recordings of Yiddish stories and poems by women writers, which can be heard here

CCWOC Director Dr. Warren Cariou and Dr. Neil McArthur of the Centre for Professional and Applied Ethics begin working on a documentary entitled WHAT ARE HUMAN RIGHTS? To see a clip of this documentary, please click here.

Water in Canadian First Nations: A Symposium in The Pas, Manitoba Thousands of Canadian First Nation homes have no running water and about one in seven First Nation communities has tap water that is unfit to drink.Professors, university students, and members of 10 Manitoba First Nations gathered in The Pas, Manitoba May 9-10, 2012, for a research planning symposium on the health impacts of inadequate drinking water and sanitation. Participants concluded that overcoming barriers to accessible water in First Nation communities will require effective social action, water and sanitation treatment plants designed for community growth, improved training programs for water testing and improved community planning for piping water to homes and retrofitting homes.

Word of Mouth:  Celebrating Writers & the Art of Reading Welcome Event for the University of Manitoba's Winter 2011 Writer-in-Residence, Meira Cook

A Reading by Marilyn Bowering

Re/Making the Canadian West: Regional Literature in a Globalized World

Recipients of the 2008-2009 C.D. Howe Foundation Fellowships in Creative Writing and Oral Culture

A Musical Piece by Graham Isaak

A Reading by Angie Abdou

Mythic and Mysterious: A Wondrous Journey from Heights to Depths A Storytelling Performance by Jan Andrews of Alan Garner's The Stone Book

Mobile:  Of Community, Commodity Culture, and Mannequins A Talk/Reading by Roy Miki

Red Bulls:  Literary Energy Drinks How to Re-Energize Your Poems and Stories

Land of Oil and Water:  Aboriginal Voices on Life in the Oil Sands Documentary film by Neil McArthur and Warren Cariou

An Evening with Jeanette Lynes

Sorry:  Next Steps? A Panel Discussion on Apology and Reconciliation